5 Unfair Advantages of an Author Platform

Awhile back I had the privilege of working with Hal Elrod on the launch of his new book The Miracle Equation.

It was an amazing experience.

When we needed to recruit people to leave early Amazon reviews of the book, we easily had hundreds of people sign up. When he started reaching out to influencers to get their help promoting the book, he immediately had dozens of people excited to have him on their podcast, write guests posts, email their lists, etc.

When we started telling his audience about the book, they were thrilled to buy a copy.

I logged in to a live video conference for a few hundred of his early readers, and I have never felt so much excitement and love from a group of people for an author.

While most authors are languishing in obscurity, Hal has an army of people helping with his book launch.

An author platform isn’t what you think

I mean, it is what you think, but it’s so much more.

Yes, it means having an email list and readers and successful book launches.

But it also means having people in your corner when something big is happening for you.

Over the years I’ve worked with hundreds of different authors with audiences ranging from 10 people to 1,000,000 people.

At all levels, you see the same things happening when you’ve built a strong author platform.

Here are a few of my favorite unfair advantages you have with an author platform. 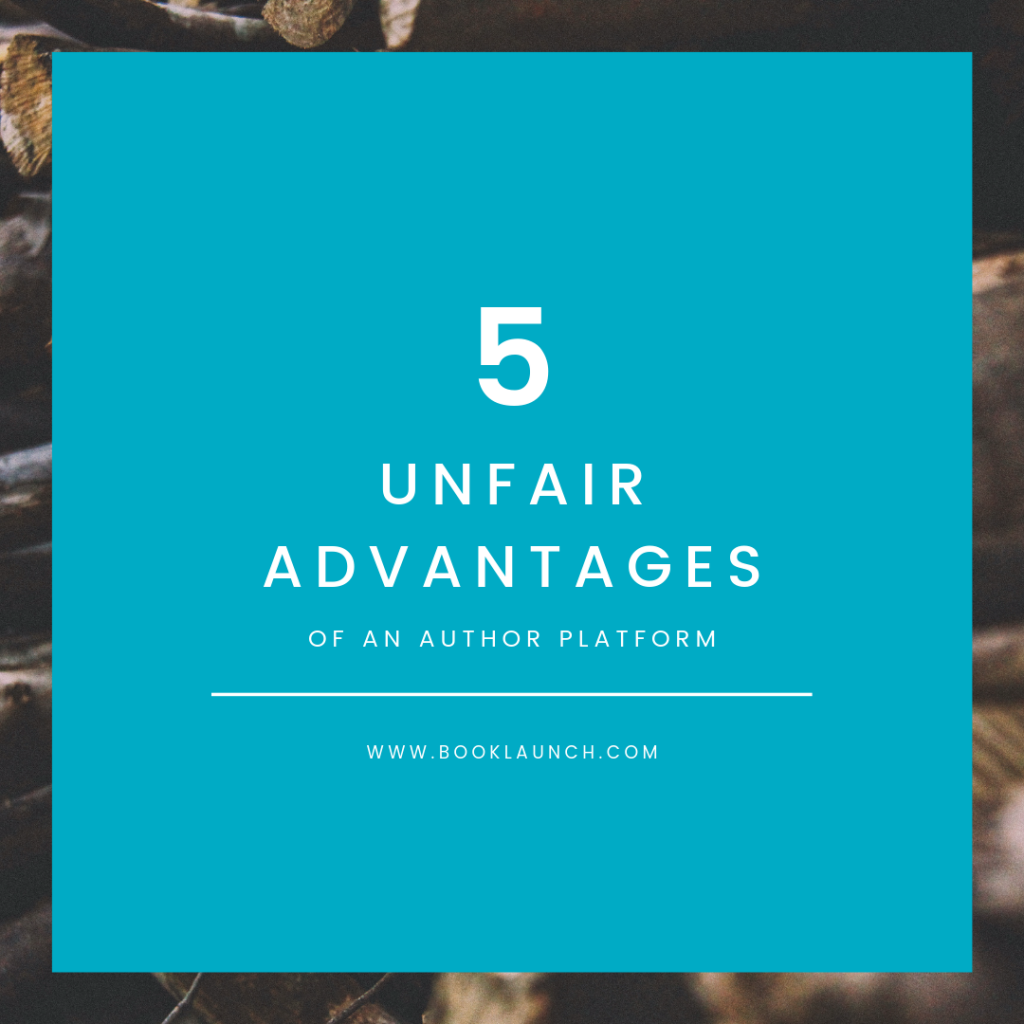 Every author I’ve worked with that has a platform, has a small percentage of dedicated people that will do just about anything for you.

Take a look at this Twitter thread by a group of Taylor Swift fans.

In case you missed it, this is a self-organizing group of die hard “Swifties” trying to game the system to push Swift’s latest single to the top of the charts.

I found this in a New Yorker piece about writer Neil Gaiman:

“I have at this point a critic-proof career,” Gaiman said. “The fans already knew about [The Graveyard Book].”

I’ve seen this kind of phenomena even with audiences of just a few thousand. When the author needs help designing posts for Instagram, one of their 1% volunteers for free. When they are going to a city on a book tour, one of their fans organizes and plans the entire thing.

As your platform grows, you will build up this small, dedicated group of fans that will always be there to help you.

I often say there are three ways to launch a book:

Sure, an author is always nervous about releasing a new title, but the fear of “will anyone even buy this book and give it a chance?” is gone for authors with platforms.

Do you have an idea for a new series on your blog? What about a few book cover designs you want feedback on? Maybe you’re trying to get some early readers of a draft of a new novella.

If you have an author platform, it’s always easy to grab some people that would love to help you with this stuff.

You always have direct access to a group of people that are familiar with your work and will be excited to help you out.

Sure, some writers pick their niche and just mine that for their entire career. But most writers like to try out new things from time to time.

John Grisham built a huge following around his legal thrillers then writes Calico Joe and Bleachers.

When you have a platform, your fans will try out new things that you’re not known for. When they are connected to you instead of a particular book, they are more likely to follow along when you pivot to something new.

5. People to Launch With

And, of course, having an author platform gives you a group of people that you are already connected to when your new title is released.

They will buy your book, post about it on social media, tell their friends, leave Amazon reviews, introduce you to people in their network, and, overall, be excited to help you launch your new book.

It’s more than email lists and blogs and social media

My job is to help you figure out how to build an author platform. That’s what I do. So I talk a lot about your website and conversion rates and getting subscribers.

But the truth is, having an author platform is bigger than all of that.

It’s like saying your home is the wood, concrete, and metal that makes up the physical structure.

All of that is important and necessary, but a true home is when people living in it.

Having a group of people that are a part of your writing career will, yes, help you sell books. But it will also create a community around your work that is more rewarding and satisfying than you ever thought possible.