The book industry makes $113-billion a year. What does that mean for you?

And here’s the thing…

That’s a huge amount of money! In fact, it’s so big, it’s hard to really grasp it. So let’s compare it to something.

If you ask the average person, which makes more money… movies or books, they would probably answer “movies.” But they would be wrong. 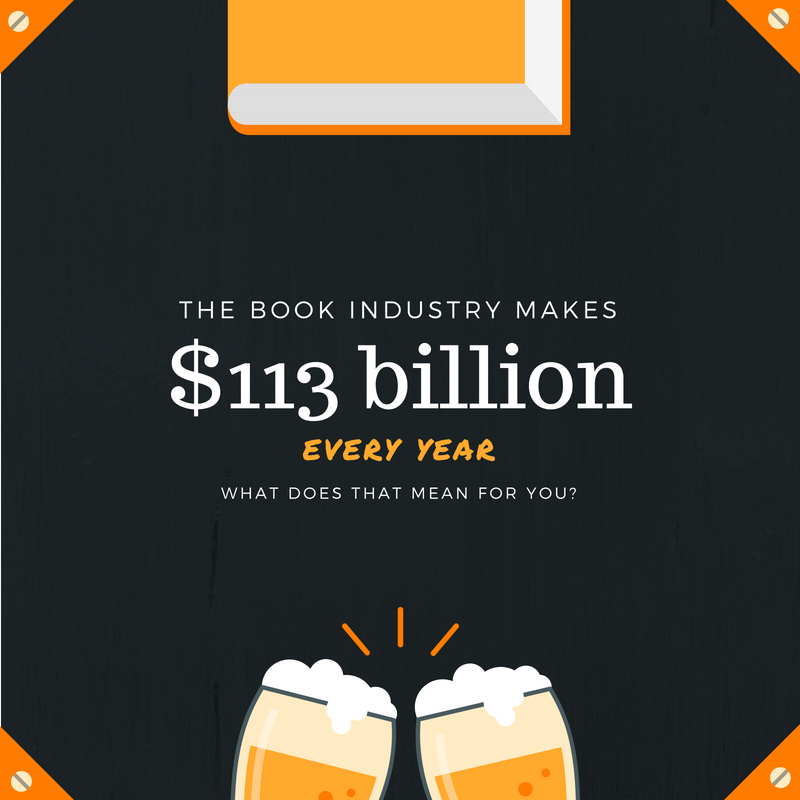 That’s a lot of numbers… what does it mean?

First off, when my family or friends make snide comments about how nobody reads anymore, I can let them know that my industry makes 3 times the amount of money than the movie industry… including all of those comic books movies!

Second, I don’t have to be huge to do well.

That means you only need to a 0.00009% of the market. That’s an incredibly small number!

Which leads to the next question…

Do you need a big time bestseller?

First, off many of the books that hit the New York Times and Wall Street Journal bestseller lists don’t go on to sell millions of copies. Many of them gamed the system so much that, once they hit the list, the book never sells another 1000 copies ever. You can read more about this here.

Second, the writers I know making real money on their books are not the ones hitting the big bestseller lists. Instead, they write great books, launch them in a smart way, then continue to promote them long into the future.

It’s much more about building something over a period of time then trying to have a big hit.

The goal is to build an author platform that can regularly get you your 0.00009% of a $113-billion dollar pie.

How to win in the book industry.