What are authors to do with the beast of social media that is Facebook?

If you’ve read my previous article on social media, you’ll know that my advice goes against conventional wisdom.

In this article, I want to dig into Facebook—what it’s good for, and what it’s not good for—and how you can avoid the common time sinks and pitfalls most authors run into. 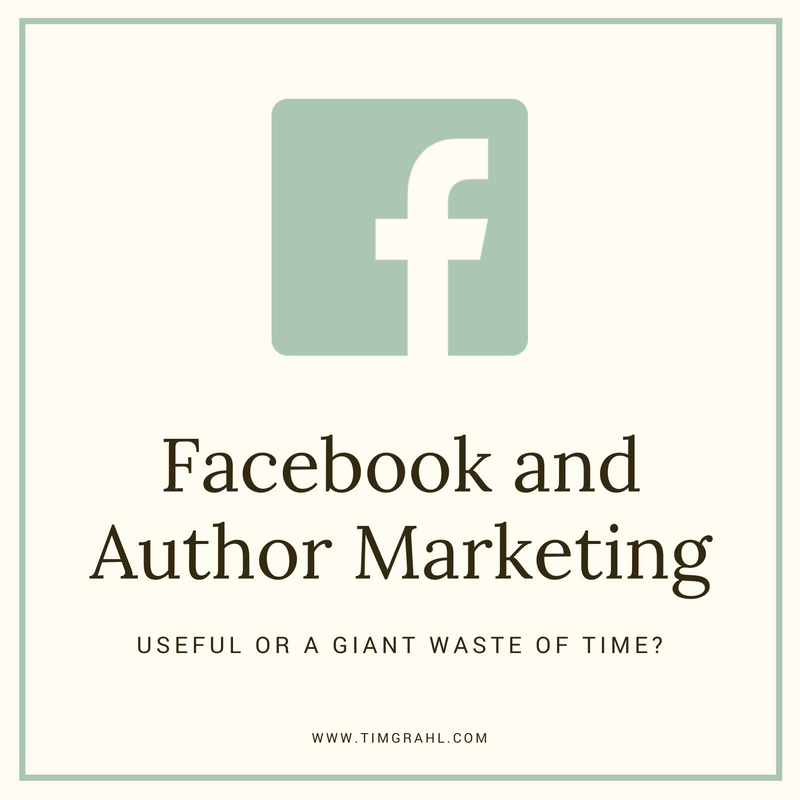 Never, ever assume that you have to use any one platform or tool to be a successful author. Even when it’s my advice you’re reading.

Every single activity that gets your non-writing time should be required to make its case for why you’re using it.

You should use it only when it makes sense for you, and not when it doesn’t.

Let’s start with an example I’ve used before …

Imagine me having this conversation with my wife:

Her: I need you to build something new for the house. I need—

Me: Should I use a hammer?

That’s putting the cart before the horse, right?

Because I first need to know what she needs me to build. Then I need to find the right instructions on how to build it, and figure out what materials I’ll need.

Only then can I decide what tools are needed for the job.

Using Facebook or any other marketing tool works the same way. Before you make that decision, you have to understand how it fits into your overall author platform.

Because if you try to use Facebook for something it’s not designed to do, you’re just going to get frustrated over the lack of results.

I could try to get a nail into a board by using a screwdriver. But it’s the wrong tool for that job.

I could maybe get it started, but I’m mainly going to be frustrated about how it just can’t get the job done.

The realization that “Facebook is just a tool” is the missing ingredient in so many authors’ blogging efforts [1].

If you are able to build up 10,000 people who have liked your page on Facebook, at the absolute most, only 16% of them will even have your update appear on their feed.

At this point, when I’m talking about Facebook, I usually start getting a lot of pushback.

We’ve all heard these    stories about an author doing something on Facebook and selling a bajillion copies of their book.

I’ve been behind the scenes on enough of these launches, and talked to the people running them often enough, to know that one of two things happened:

Posting on Facebook is not the way to sell a lot of books.

Sure, a handful of your connections will buy your book when you announce it. But it is not a one-to-many strategy that will reliably sell thousands of copies of your books.

This is where I encourage you to separate pleasure from work.

I binge-watched the show Braindead last weekend on Amazon Prime. I did that for fun. I didn’t call it “story research” or tell myself that I was getting valuable work done.

If you’re on Facebook for fun, then go for it. I’m not telling you what to do with your free time.

What I am telling you, is that all those hours you’re spending scrolling, Liking, Wow-ing, and commenting on Facebook is not book marketing.

It’s not helping your long-term game of building a platform that will support a book launch.

“But it seems to work for me!”

My answer to that is, Test it.

Use a service like Bitly to see how many people are actually clicking links that you post on Facebook. Then track your book sales, to see if people on Facebook are actually buying your book.

It’s important that you test your assumptions and get data to make decisions on.

Facebook feels like it works, but when I’ve tested it, the sales numbers I get for the amount of time it takes to build up a big following are abysmal.

What to do with all those friends and fans?

I hear this question a lot. What if you’ve already built up a solid presence on Facebook? How can you use that in some constructive way?

First, change your strategy. Focus on using Facebook to connect with interesting people, not to build up a huge following.

Second, invite people to join your email list. As I’ve said before, building up your email list should be your #1 strategy. That does work for one-to-many communication.

It can be a great place to connect one-on-one with people, and learn together.

But it’s not where you should be spending a large majority of your time building your author platform.

Understand what that tool is good for, and use it accordingly.