Social Media Marketing for Authors: What Does the Data Say?

More advice about social media is swirling around out there than ever before. And it’s hard, because we want to figure out how to use social media marketing to build an author platform and launch a successful book. So I read the posts. I watch the videos. And I’m constantly looking for the secret I’m missing.

Instead of just passively reading what comes across my computer screen, I recently decided to dive in and look at the research and the numbers and figure out what is really going on under the surface.

I took at look at the common beliefs many of us have about social media marketing and lined those up with what the numbers tell us.

What I found staggered me. 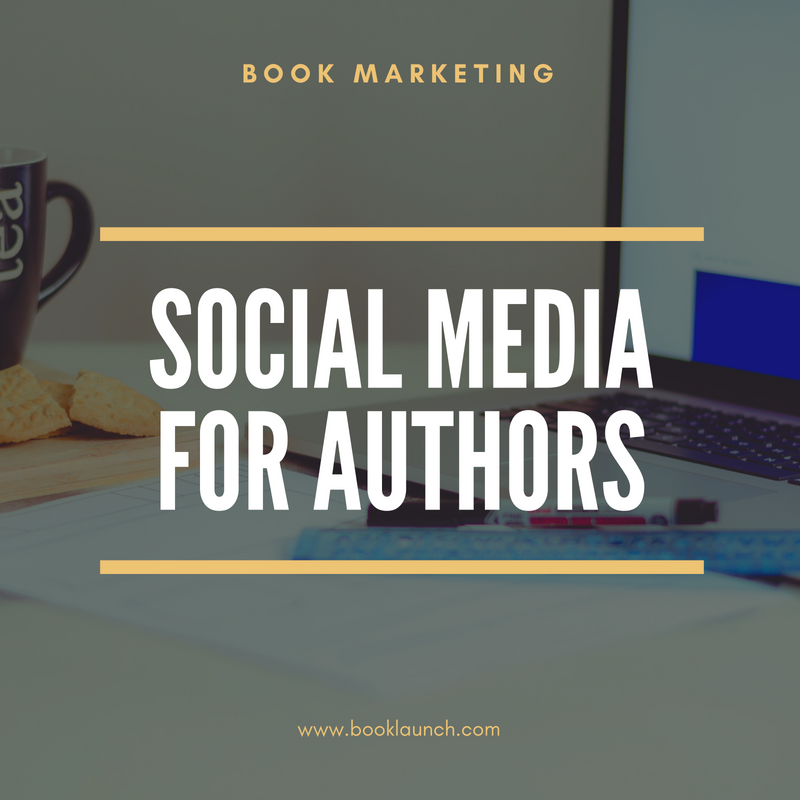 Awhile back, in an interview specifically for authors, Gary Vaynerchuk, author of Jab Jab Jab, Right Hook and Crushing It made the claim that if a fiction writer started up Twitter and/or Instagram accounts for their book’s characters it would be the difference between selling 200 copies of their book and selling 25,000 copies of their book.

The problem is, there is no evidence to back up a claim like this.

In my work over the last year with dozens of top bestselling authors, many of which of large social media followings, I’ve never heard or seen anything close to this happening. I’d be extremely surprised if there is a single author who could show you even 1000 extra sales by creating Twitter accounts for their book’s characters.

I have personally tested the effectiveness of social media marketing with my clients. These aren’t tests on the scale of my Twitter following of sub–6000. These are tests with people who are connected to hundreds of thousands and even millions of people.

Also, not to continue picking on Gary Vaynerchuk, but when his book Jab, Jab, Jab, Right Hook came out, I did a bit of simple arithmetic.

At the time, here were his social media numbers:

Through those five platforms, that was 1,366,991 connections.

(Stop and think about the daunting task of building that kind of following on social media.)

Now consider this: in the first week of sales for Jab, Jab, Jab, Right Hook, Gary sold about 25,000 copies (according to Nielson BookScan). If you take out all the other promotion he did – the dozens of interviews, the appearances on NPR, CNN, Huffington Post, etc – and assume all of the book sales came through social media, that’s still only a 1.82% conversion rate.

That means for every one book sale, he needed 55 connections on social media (again, assuming every single sale came through social media).

Now consider your own social media. Think through how much time you’re spending on it in hopes that it turns into book sales and do the math to see how many book sales are going to result.

I did some digging around to find out what kind of engagement rate you can expect on the various platforms.

Here’s what I found.

Instagram is currently the most engaged social media platform.

What do these numbers mean?

Think about that for a minute. Let it sink in.

The amount of people that may like, comment, follow, retweet, share, etc is much lower than the number of people that will actually click through and buy a book. So if “good” numbers of engagement are around 1% to 3%, what do you think the numbers are for an update on any of your platforms to translate to even a single book sale?

The bigger your following gets, the more your engagement goes down.

A similar drop in engagement numbers extends over every social media platform as your audience grows. [4]

Consider your own social media. Think through how much time you’re spending on it in hopes that it turns into book sales and do the math to see how many book sales are going to result.

Take a look at the top 100 people on Twitter by follower count. Now, how many of them are not independently famous outside of Twitter?

Social media marketing is not a way to grow your “fame”, it’s a reflection of your fame. There are, of course, outliers of people that became famous as a result of social media, but these are outliers.

This is the norm, not the exception.

You should be focusing on your obscurity problem – the fact that not enough people know you exist – and the way to solve that is not social media.

Honestly, this is how I often feel.

I look around at all the advice and “success stories” and think maybe I’m missing something or just doing it wrong. This may be how you’re feeling too.

It’s not true though.

I’ve gotten the chance to pull the curtain back several times, and the truth is always much more mundane than you think. Here’s the common things I’ve seen in “successful” social media campaigns:

At this point, I’ve spent a good bit of time pointing out the myths of social media when it comes to marketing. My hope is that it will save you a lot of time and frustration and help you see through a lot of the misinformation that is swirling around out there.

But I don’t want to just leave you with the myths. I want to share with you how you can effectively use social media.

Social media is just another tool in your toolbox. When people try to use it like the above, it’s the equivalent of grabbing a hammer to get a screw into a board. It’ll work a bit, but will mostly waste time and frustrate you.

What I want to show you now is the right way to use social media to build your platform.

Here are 3 truths about social media marketing for authors.

When I talk about Outreach and connecting with influencers, it’s often hard to make that first connection. Either the person doesn’t respond to your email, or you’re not even sure what to email them.

This is where social media marketing can be very effective. Even influencers who have teams of people who maintain their email inbox are often maintaining their Twitter or Instagram account themselves. It can be a great way to get past the gatekeepers and introduce yourself for the first time.

Social media is not a mass strategy. It’s a 1-to–1 strategy.

Experiment with thinking of social media more as a 1-to–1 tool instead of a way to communicate with a mass of people. You’ll start to see the effectiveness go up, your time wasted go down and your frustration be set free.

As you build your platform, the number of people you are connected to will continue to grow. When you first get started, it’ll seem pretty easy to keep track of everyone. But as the numbers grow and you meet more people, it’s going to be harder to stay connected to everyone.

This is where social media can be extremely helpful.

I’ve been able to stay connected to people who I’ve met at conferences, have emailed me about my book or met in some other way. This is fun on a personal level, but also extremely helpful for building my platform.

Truth #2: It’s Easier to Leverage Other People’s Followings Than to Build Your Own

Since my book came out, I’ve had a lot of people share the book on Instagram. I went back through everyone who shared the book and added up their followers.

By inviting people to share your content on social media, you’ll be able to reach many, many more people than you could with much less time and effort than building your own following.

Here’s the other thing to consider…

While Myth #3 above still holds true, making your content easy to share and inviting people to do so is a great way to spread your message.

According to a recent study, people value email 26x more than they do social media.

In the case of email marketing, we’ll look at open rates.

MailChimp recently put out a report that shows industry wide open rates for email marketing, and the lowest average number is 15.66%. [5]

Compare that to the engagement rates of social media from above.

You shouldn’t be trying to build your social media following, you should be building an email list.

That is where you will get the most long term engagement in a way that actually drives book sales.

(If you don’t have an email list yet, I wrote a step-by-step guide for you.)

Why are you on social media?

When you’re engaging with social media, it’s important to remember your goals. Are you using it for fun and to stay connected with friends, family and colleagues? Then it’s great. If you are hoping to build a huge following that will turn into big book sales down the road, you are going to find yourself frustrated with a lot of wasted time behind you.

Also, more importantly, be suspect of advice you read online – even this article. Judge it against what you’ve experienced and make sure people are backing their advice up with real world experience instead of anecdotal conjecture.

With all the ideas, tools and tips I share, my goal is to help you get the most impact out of everything you do. You can dig a hole with a spoon, but it’s a lot easier with a shovel. The same goes for social media. Yes, it can have impact on your platform. Yes, it can help you sell books. But if you try to use it for something it’s not built for, you’ll find yourself digging a hole with a spoon.

So I just spent a couple thousand words tearing down social media marketing for authors, but that begs the question…

If social media marketing is a waste of time, what should I be doing?

I’ve put together a free training to answer this question titled The 10 Marketing Secrets of Bestselling Authors.

In this training I teach you what I’ve learned over the past decade of working with top New York Times and Wall Street Journal bestselling authors.

4. “Which Social Media Sites Get The Most Engagement?” How Much Should You Budget For Marketing In 2018? Accessed August 24, 2018.