The #1 Success Strategy for Book Launches

Awhile back, I was chatting with an author about their upcoming book launch and he asked me this question:

“What’s the number one thing I can do for a successful launch?”

This made me pause.

Most of the time I have pretty quick answers to book marketing questions. After working 1-on–1 with hundreds of authors and training thousands more, it’s rare I hit a question I don’t have a ready answer for.

But on this point, I had to stop and think.

I’ve done a lot of stuff to launch successful books.

Over the last 8 years I’ve worked on several dozen launches. Many have been small, first-time authors like myself and many have been big launches that hit the top of the Wall Street Journal and New York Times bestseller lists.

In each of those, success was measured differently.

When I launched Dan Pink’s To Sell is Human, anything less than the top five on the NYT list would have been a failure (we hit #1). When I launched my own book, Your First 1000 Copies, success was selling 1000 copies as quickly as possible (took 9 days).

As I thought through all of the launches I’ve participated in — both the successes and failures — I looked for a common thread.

It’s really easy to get distracted by the minutia of a book launch.

There’s so much to do that we get lost in the weeds and end up fretting over our Amazon keywords at 2am. Or we think if we just tweak our cover one more time it will make the difference. Or we hear about some author’s crazy success on Instagram so we start posting a ton of updates hoping that the magical social media fairy will turn them into book sales.

So as I look back over the book launches I’ve done, what’s the common thread that separates the successes from the failures?

The #1 success strategy for your book launch is that you believe the best thing someone can do for themselves is read your book. 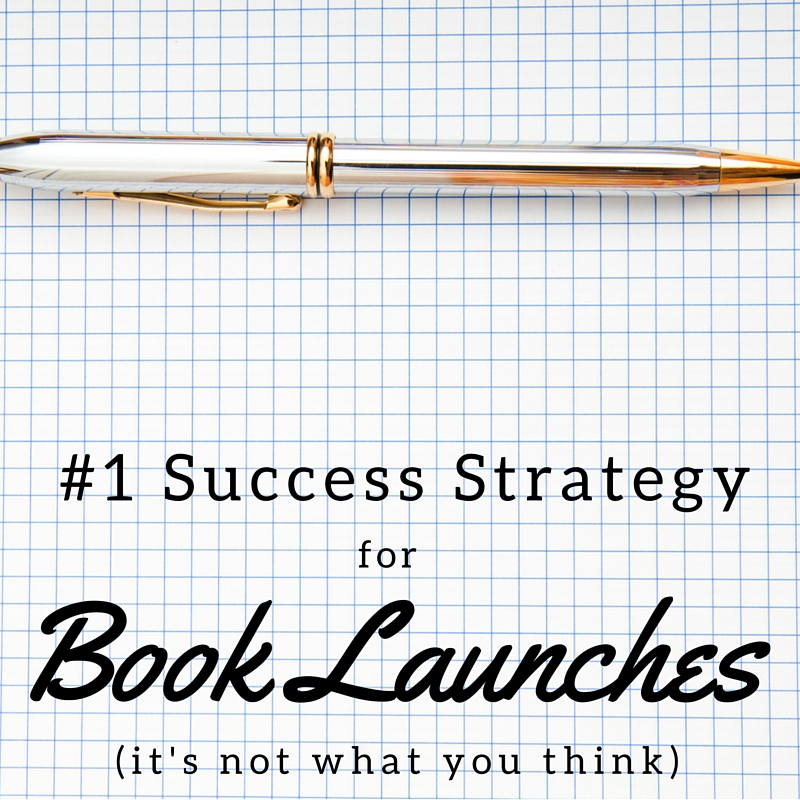 To be honest, that answer makes me cringe.

“Believing in your book” is far too touchy-feely for my taste.

But it’s the truth.

So many authors I’ve talked with really struggle with this. When push comes to shove, they don’t really believe in their bones that the best thing people can do for themselves is buy their book.

You see this limiting belief show up in many ways:

All of these excuses, and so many more, are rooted in fear. A fear that your book isn’t good enough. A fear of people reading it and judging it publicly with a 1-star Amazon review.

We want to be the author that has sold a lot of books, but don’t want anyone to actually read it and judge it.

So what can you do?

If I ask you if someone should buy your book, and your answer isn’t an immediate “Absolutely!”, then how can you get there?

1. Make some time to be alone. This excercise is best done in solitude. Go for a walk in the woods. Find an open church at 11am on a Thursday. Whatever. Get alone. I recommend at least an hour.

2. Write down your Why. Put down on paper why you became a writer in the first place. There are far easier ways to make a decent living, so why writing?

I want your book launch to be successful.

If you have the best strategy and tactics in the world, but don’t believe people should actually spend their money on your book, then you will constantly undercut your own success.

So before you start, make sure that you believe that your book will make people’s life better. This is your #1 key to finding success with your launch.