The 4 Types of Bestselling Book Launches

For years now, I’ve received frantic calls and emails from authors who are somewhere between finishing their manuscript and launching their book.

Now that the writing is done, they’re starting to think about how they’re actually going to get people to buy the book once it’s out.

This is where it gets scary. 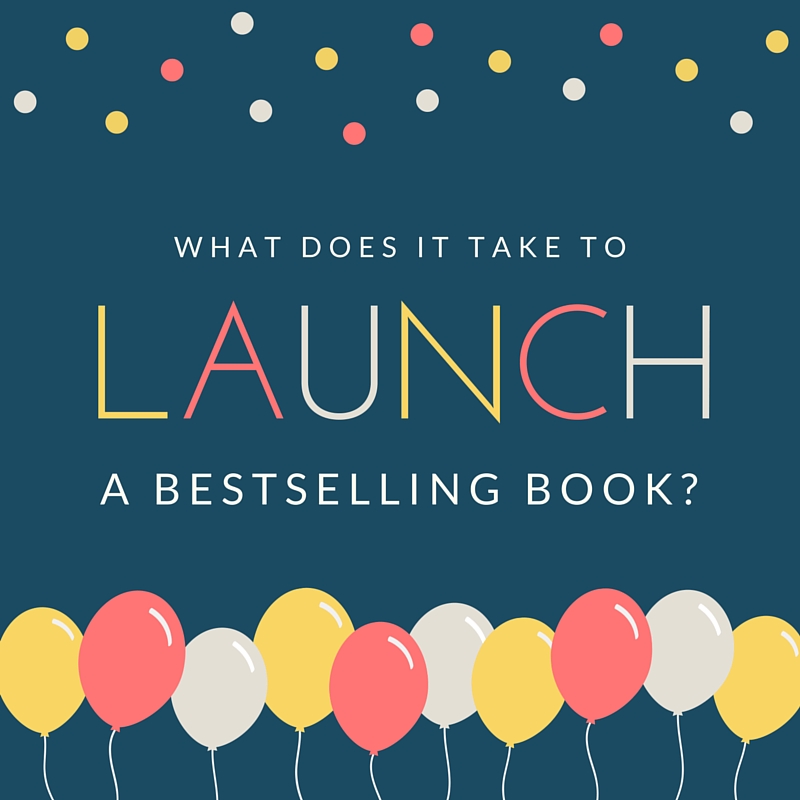 When you’re writing, it’s all on you.

You string words into sentences into paragraphs into chapters into a final manuscript. So long as you sit down and do the work, the work gets done. Simple.

Then, it’s still only up to a handful of people to get your book published. Your editor, your designer, your tech guy. Less than a dozen people at most.

However, once that’s all done and it’s time to publish, you then have to convince thousands of people to buy your book.

This is a whole new challenge.

I’ve faced this challenge with dozens of authors, and helped them overcome it.

I’ve put books into the #1 slot on the New York Times and Wall Street Journal bestseller lists, and helped first-time authors crack the top 100 on Amazon.

I’ve even launched my own book to a small audience and found success.

Over the many launches I’ve worked on, I’ve found there are four basic categories of launches.

It’s important to know what kind of launch is best for you, in order to find success. If you pick the wrong kind, all of your efforts could fall flat, or even worse, you could miss a huge opportunity to successfully launch your book.

There are three questions that I ask an author, to help me decide which launch I’m going to run for them:

Do you have an email list of several hundred fans? Do you have a large social media following?

Basically, do you have a group of at least 500 people you can get the attention of, so you can ask them to do something?

Do you have relationships with authors, bloggers, media personalities, or other influencers who can help spread the word about your book to their audiences?

Based on your answers to these three questions alone, I can assign you the exact launch that you need to find success with your book.

Here are the four launches:

Did you answer “Yes” to all three questions above?

If so, you are ready for the pull-out-all-the-stops launch that can sell a lot of copies the first week.

The goal of this launch is to get your influencers to share the book far and wide with their audience, while also getting your fans to buy the book and share it with their network.

This is the kind of launch I’ve used to put many books at the top of the bestseller list.

This is where a lot of well-known business people or media personalities find themselves. They’ve built up a network of people who are connected to their fan base, but they haven’t yet directly connected to that fan base themselves.

The Influencer Launch requires a long lead time (3–6 months at least), but allows you to spread your message far and wide through your network.

Many top bestselling books are launched using the Influencer Launch.

This is the launch I used for my first book Your First 1000 Copies. I had a small email list of fans I promoted my book to, and I was able to sell more than 1,000 copies of my book to that group in less than two weeks.

If you’ve built up a direct connection with at least a few hundred of your fans, the List Launch will help you to get a big jump on sales as soon as your book is released.

Did you answer “No” to all three questions?

Out of all four of the launches, the Long Game Launch is my favorite.

My goal for you is to build a platform that supports an entire writing career. You want to be a writer, not just someone who wrote a book once.

If you’re just getting started and you already have a book, but you don’t have a platform, then your job is to use your book to build a platform.

As I said above, I sold 1,000 books in the first two weeks after my book came out. I was excited at that early surge in sales.

But then, as happens with most books, I saw my sales start to plummet. A few months went by, and I didn’t sell another 1,000 copies.

Then I decided to change my mindset and focus on a Long Game Launch.

By the one-year anniversary of my book’s publication, I had sold 10,000 copies and built up my platform to be bigger than ever.

This is because the Long Game Launch focuses on making your book successful over a longer period of time.

My good friend Josh Kaufman has never hit any of the major bestseller lists for his book The Personal MBA.

However, the book has sold more than 300,000 copies since it was published in 2010, and still sells thousands of copies every month.

That is the power of the Long Game Launch.

How do these launches work?

There is an actual step-by-step, three-part framework I use to plan each of these launches.

I’ve put it all together for you in my new book, Book Launch Blueprint.

The book is currently for sale on Amazon for $9.99, but for a few more days, I’m giving the book away.